St. Francis and the Animals A Mother Bird's Story

Saint Francis was a man who paid close attention to Creation. As he walked through the woods, he talked to the animals as his "brothers" and "sisters." He called the sun his brother and the moon his sister. Francis used all his senses to help him appreciate God's world. The more he became involved with creatures, the closer he felt to God. Even though some people thought Francis had "gone crazy" nothing could have been further from the truth.

St. Francis could hear the voice of God, which told him that God loved him. Knowing he was loved by God filled Francis with gratitude and happiness.

This book is a look at how this gratitude and happiness led Francis to treat his brother and sister creatures with respect. It offers a vision for the many ways that all of us, humans and creatures and all of Creation, are connected parts of God's world. For the young children with whom you read this book, talking to animals and trees will probably make perfect sense. 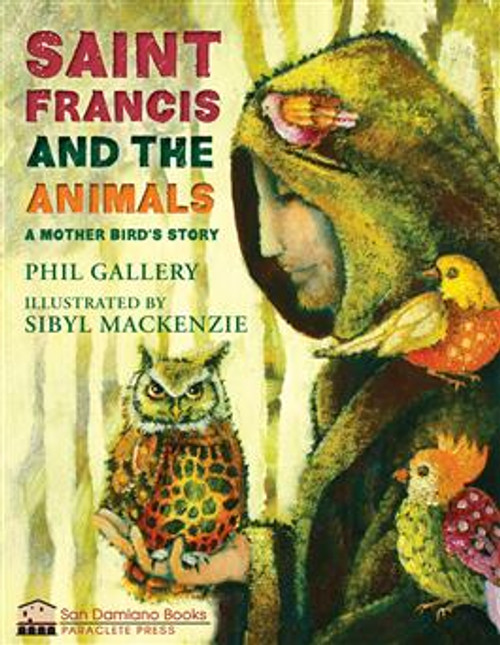 St. Francis and the Animals A Mother Bird's Story