“Francis has left us a written message, one addressed to his contemporaries, to be sure, but also and very explicitly one addressed to men and women of every era. This message does not set forward his personal example Francis is not its center but its servant; what he does is simply to lay out a path for us, one sustained by the Gospel and available to all believers.” From Part One

Francis of Assisi: Writer and Spiritual Master contains several literary genres (poetry, prayers and legislative texts) all of which were written by Saint Francis himself and an exploration and discussion of these texts by internationally renowned Franciscan scholar Thaddée Matura. Often overlooked, Francis writings bespeak a theology of tremendous spiritual vision.

So many study Francis life, legends and devotions, yet not until fairly recently have theologians begun to take seriously Francis simple, yet powerful words about God, the Trinity and the Christian journey. Unlike any other book on the saint from Assisi, this book brings Saint Francis writings to the forefront and shows how this simple and uneducated man, who possessed only a basic alphabetical knowledge, left behind a body of writing, including two brief handwritten texts on parchment.

As Thaddée Matura writes, Saint Francis was so convinced of the power of the word of God which he had received in faith and which had oriented his life. The necessity of transmitting this in writing for everyone and for all times was a mission for him. This book at hand wants to be at the service and as a prolongation of this mission. 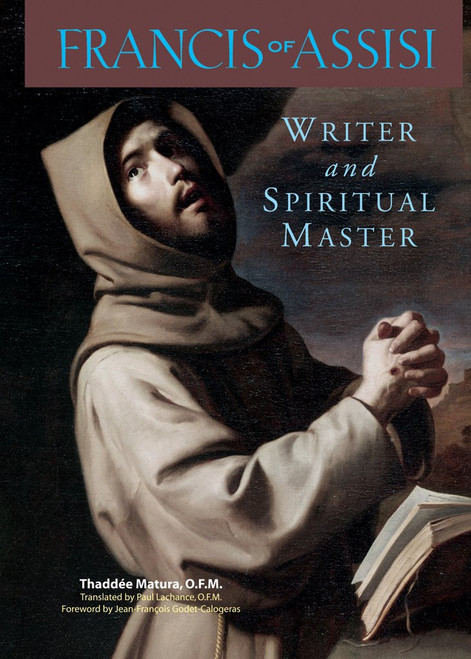